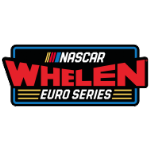 ALL NEWs FROM 2021!
Justin Kunz experiences a rollercoaster of emotions at the NWES opener in Valencia.
The German dropped out in the first race and stormed into the top 5 in the second race
"My season has been very successful and I'm absolutely happy with the results," Kunz says. "I finished third in the Junior Trophy and finished in the top 10 of the EuroNASCAR PRO Championship. It was my first full year in the top NASCAR Whelen Euro Series championship and the level is obviously much higher than in the EuroNASCAR 2 Series. You just have to look at the names that are racing in the PRO championship. That's why I'm very happy with the top-10 result. I thank my team DF1 Racing for the great work and my partners as well as fans for the support."
The end of the season marks the start of planning for 2021, with the coronavirus pandemic making it difficult for racers like Kunz to present new plans early on. The racer from Appenweier hopes to take the next important step in his motorsport career.
21/05/16
Justin Kunz competed in the 2020 NASCAR Whelen Euro Series for the first time as a full-time driver in the EuroNASCAR PRO Championship for professional racers. He shared the track with motorsport greats such as Jacques Villeneuve, Alon Day and Loris Hezemans. After ten races, the racer from Appenweier finished third in the Junior Trophy for drivers up to 25 years of age and in the top 10 overall.
The German finished four out of ten races within the top 10, meaning Kunz was busy collecting points for DF1 Racing in the number 99 Chevrolet Camaro. In Grobnik, Croatia, the 23-year-old made his breakthrough with sixth and eighth places. At Super Speedweek in Valencia, Spain, he added two more top-10 finishes.
In the Junior Trophy, Kunz landed on the podium a total of three times in 2020. With a total of 20 EuroNASCAR PRO races, 47 EuroNASCAR 2 races and one start in the American NASCAR Gander & RV Outdoors Truck Series, the German is one of the most experienced drivers in the European NASCAR world - even though he is only 23 years old.
Back to content